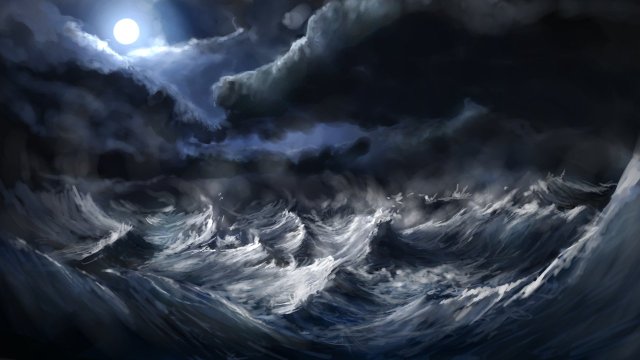 It cripples us and causes us to entertain irrational thoughts. It blinds us from truth and holds us captive. Because of it, we become stand-still, unable to move – or we are the polar opposite, shrieking, running, and shoving our way out. It keeps us imprisoned without the use of chains, locks, or bars.

These are the reactions to a monster we all face – no one is exempt from being held in its clutches.

Its name is Fear.

There are various types of fears. Some are rational: large snakes, the dark, heights. These can give us a healthy respect to potential dangers and can cause us to be careful when engaging in activities where they are present. Other fears are more unique: clowns, tight spaces, dogs. They may seem ridiculous to others, but are often instilled in us due to personal experiences.

Then there are larger fears. When – and how – will I die? What if my mom or dad is seriously injured at work? What if my spouse someday cheats on me? What if the kids get abducted while at preschool because the teachers aren’t watching them closely? What if…?

Name your fear – we all have them. But the objective here isn’t to address a particular kind of fear – instead, it is to discuss the level which fear controls you.

When we become crippled in terror to the point of irrationality, we have allowed fear to rule us – and all too often we stop focusing on truth of God’s sovereignty.

The question then is, how are we as Christians to respond to fear?

Let’s take a look in the Scriptures.

In Matthew 14:22-33, Jesus sends his disciples to take the boat and head toward the other side of the Sea of Galilee while he secludes Himself in the mountains to pray. During the night, a storm broke out. In the midst of it all, as the seasoned fishermen struggle to get to shore, there appears an image or a being walking towards them. The disciples cry out in terror, supposing it to be a ghost – but Jesus proclaims it is merely Him.

Peter then asks that, if it truly is Him, Jesus would call him to come out on the water towards Him. When Jesus does, Peter steps out in faith and begins walking – finding himself also walking on top of the water.

Take a minute to process what has happened so far.

The disciples had earlier that day watched in amazement as Jesus miraculously fed over 5,000 men (that’s not including the women and children present) from five loaves and two fish (Matthew 14:13-21). Then, as everything around them at sea is utter chaos, Jesus comes to them, calmly walking on the water. In both incidents, Jesus shows His total power and control over creation. Now, as Peter steps out of the boat, he finds himself standing in safety – showing that Jesus has the power to protect and keep him safe.

Peter had no reason to worry or panic. He was perfectly safe. Everything he had witnessed in just the past day told him that.

And yet, Peter doubts God’s goodness and protection and care.

He became distracted, and lost sight of the truth he knew. Instead of keeping his eyes on Jesus, Peter looked away.

He saw the mighty winds, and his heart quaked within him. Instead of continuing to trust Jesus who was already upholding him, fear took hold of his trembling soul. He began sinking, crying out to Jesus to rescue him.

Jesus response is one of loving patience:

“Jesus immediately reached out his hand and took hold of him, saying to him, “O you of little faith, why did you doubt?”” – Matthew 14:32

Jesus immediately took hold of Peter, calming his fears. But that wasn’t it – with the deliverance came a gentle rebuke. Peter’s panic had been unfounded. Yes, it may have been a rational fear – standing in the middle of a roaring sea would generally not be advised. But his panic was unnecessary. Jesus Himself had called Peter onto the water – and Peter was walking, not drowning. And though, yes, Peter could not control the stormy sea all around him, he was in the presence of the One who could. He had no reason whatsoever to be afraid and every reason to trust Jesus – and for this reason came the rebuke.

The truth is, as Christians, our fear reveals a lack of trust in God and a loss of focus on Him. We are imperfect humans and we all do it, but it doesn’t excuse the truth of what our actions portray about our mindset.

When we turn our focus back on Christ – His power, sovereignty, love and protection – we realize that many of our fears are unfounded. Christ cares for His children. He is always by our side, just as Paul reminds the Romans:

“for those who love God all things work together for good, for those who are called according to his purpose.” – Romans 8:28

Our God is in total control over all creation – including our lives.

Yes, I may have a slight fear of certain types of heights. Yes, I’m not keen on walking around my neighborhood late at night (and yes, I will gasp and jump if I find a gigantic spider near my presence).

But, as I continue to know more about God and learn to trust Him, I find myself being slowly loosed from Fear’s crippling grip. I am learning to run to Jesus with my fears and give them to Him, so that He may show me once again that He is greater than any fear I have – and that I have no reason to worry because I am His child.

Mandie Pitre is a young adult in Nova Scotia, Canada, who loves Jesus. She is currently studying International Business at a local college, with the dream of one day starting a local and international non-profit. In her free time, she enjoys reading, journaling, hiking, traveling, spending time with friends, hanging out with teens, and music. Two of her favorite verses are Romans 12:1-2, as they address the importance of complete surrender to Christ. You can find her on Facebook, Instagram, or Twitter.